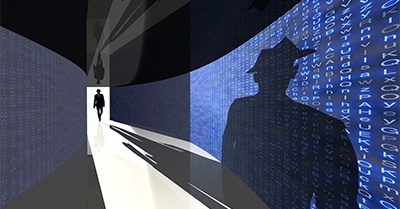 Bot traffic now exceeds human traffic across the Internet, especially in pharma. According to our research, 60 percent of total traffic on some healthcare websites is bot-generated.

Where do all those bots come from? To find out, I took a journey to the dark side of online publishing and bot generation. Here’s what I learned.

From CTO to Media Mogul

I decided the easiest way to experiment with bot generation was to become a medical publisher. So last fall, I created a mock medical website called Oncology Tomorrow.

I bought the domain and purchased hosting with unlimited traffic for less than $100. In a few hours, I built a website that looks legit, complete with quality photos and real-world headlines.

Almost immediately, Oncology Tomorrow was wildly successful. I had 100,000 page views one month after launch. Unfortunately, only 0.03 percent of impressions were human. Worse, audience identity management technology revealed that just one of my visitors was a physician.

How to Create Bot Traffic

Oncology Tomorrow cost less than $200 to build, and its projected ad revenue at six months was $5,000.

Creating website traffic is easier and less expensive than you might think, as long as you’re not concerned with the quality of your visitors.

In the online world, social capital is critical. So, shortly after I launched Oncology Tomorrow, I signed up for a Twitter account (@oncologytmrw). That way, people could gauge the site’s credibility based on how many Twitter followers it had. Of course, that meant I needed followers. Luckily, Fiverr offered a solution: I purchased 5,000 Twitter followers for $26.

Next, I needed to boost web traffic. Digital marketers know that the best way to increase web traffic is to improve SEO. What you may not know is that bots sometimes play a role here too. For less than $50, Fiverr will take a list of keywords and use bots to generate thousands of blog posts on related topics. These posts link back to the purchaser’s website, which dramatically increases SEO.

Bot-created posts may not make sense. For example, one of mine was titled, “Ideas to Simplicity the Pain of Most Cancers.” Yet they’re very effective for SEO. At one point, Oncology Tomorrow actually ranked #1 on Google, Yahoo, and Bing. This greatly improved traffic to the site, including organic traffic. 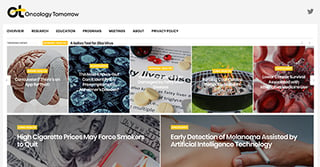 It’s also easy to make bots seem human. You can choose to activate bots from specific locations across the United States, as well as schedule the time, duration, and number of “visitors” from each location. You can even specify the type of action you want them to take on medical websites in order to mimic typical physician online behavior.

My bot experiment on Oncology Tomorrow was small, but it’s possible to generate millions of bot visitors for a few hundred dollars. And that bot traffic is lucrative for cybercriminals.

I spent $190.43 on domain hosting and bots. My approach was very simple, and I was connected only to low-CPM consumer exchanges, not the more profitable medical exchanges. Still, in the first month alone, my ad income was $312. My projected ad revenue after six months was $5,000.

More sophisticated bot generation techniques exist, and they’re much harder to detect. Which leaves us with this question: What stops a bogus site from taking bots to the next level and raking in millions?

DMD, an IQVIA business, offers the only authenticated database available that can reach, report, and respond to the dynamic digital behavior of fully opted-in physicians and NP/PA prescribers. Through this database, pharmaceutical marketers, hospitals and health systems, medical societies, publishers, medical marketing agencies, and others have digital access to more than 90% of physicians with email addresses and real-time web activity data that unlocks precision targeting and engagement capabilities across the most influential healthcare audiences.

The Art of Rep-Triggered Email Campaigns

[2021 Update] To Send Or Not: Email Open Rate Trends During The Holidays