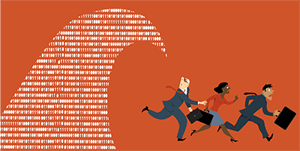 In the last nine months, the data privacy landscape has evolved at an accelerated pace--and shows no signs of slowing.

The California Consumer Privacy Act (CCPA) was signed into law in June of 2018 and has already gone through a series of amendments to make the law more aggressive. Additional changes are to come, as California state legislators, with the backing of the California Attorney General Xavier Becerra, have proposed two new bills that would strengthen California’s data privacy law beyond the current scope.

One bill would amend key sections of CCPA, expanding the “private right of action” under the CCPA and limiting two protective measures for companies that were previously built into the law. The second bill would expand the definition of “personal information” under California’s data breach notification law to include biometric information and government-issued ID numbers (e.g., passport numbers).

Expansion to More States and the Federal Level

The data privacy landscape in the U.S. is changing at a rapid and aggressive pace.

Other states are also entering the data privacy arena. Following on the heels of CCPA, the state of Washington is poised to pass data privacy legislation that may be even more restrictive than California. Eight additional states are currently considering data privacy laws. At the federal level, four proposed laws are competing for attention in Congress. Given the priority being placed on data privacy, at least one of these laws is expected to pass in 2019.

Are You Ready to Pivot?

Variations in laws at the state level may cause uncertainty for healthcare marketers.

Variations in laws at the state level may cause uncertainty for healthcare marketers. What might reflect adherence in one state could be unlawful in another. The risks of noncompliance and resulting fines—many significant—are too considerable to not be prepared to respond quickly to new and shifting legislation.

In our upcoming webinar, I’ll be discussing the current state of data privacy as well as what is on the horizon. Topics of the webinar include:

The webinar will take place on April 24 at 2 p.m. EST and will also be available on-demand if you’re not able to make the live presentation.

There’s no denying it—the data privacy landscape in the United States is changing at a rapid and aggressive rate. To ensure conformance to current regulations and prepare for future laws, now is the time to assess your data privacy processes and take steps to course-correct them before it is too late. 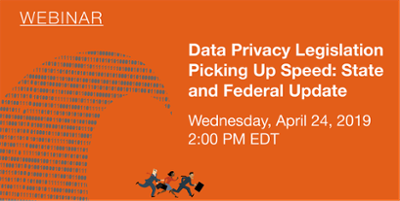