Consumer data privacy is more than a “hot topic” these days; it’s become a major concern for many. The Cambridge Analytica breach involving millions of Facebook users was just one of the data disasters that exposed widening holes in personal data protection. As a result, regulations such as GDPR and the California Consumer Privacy Act of 2018 have been implemented in an attempt to attack the gaps.

The U.S. Chamber of Commerce is also entering into the discussion, with a recent statement proposing a federal privacy framework which would preempt state law on matters concerning data privacy. This federal structure, they claim, is necessary in order to provide “certainty and consistency to consumers and businesses alike.”

What is the Chamber Proposing?

Digital technology advancements have been deemed part of the Fourth Industrial Revolution, which Professor Klaus Schwab, founder and executive chairman of the World Economic Forum, considers a time of great promise and yet great peril. The peril arises when technologies and their benefits escape human control, whether at the government, business, societal, or individual level. Data privacy is a significant part of that concern.

The U.S. Chamber’s proposal of privacy principles aims to assure consumers their data is completely safeguarded and employed responsibly. From core conventions of transparency, industry neutrality, and collaborative compliance to international leadership and privacy innovation, the Chamber envisions a near future where the promise of the Fourth Industrial Revolution not only outweighs the peril but reduces its impact to nil.

And, the Chamber argues, putting this in Congress’s leadership reduces the complexity and costs of relying on individual states to create and enforce regulations.

The Good News: DMD is Already There

While we recognize the importance of making more aggressive strides in consumer data privacy and protection—for the greater good of the digital world in which we all live—we rest easy (and you should too) knowing that DMD already adheres to the highest privacy standards, including those put forth by distinguished U.S. industry associations such as the DAA, IAB, BBB, and DMA.

We have always offered full transparency, personal control over one’s data, and the ability to opt-out of data collection. Our own consent management principles were put in place long before any of the recent initiatives, allowing those who use our data to benefit from the assurance of guaranteed compliance.

Change is Coming: Will you be Ready?

Unfortunately, companies who do not already hold themselves to the same standards or resist forthcoming regulations may falter, as governing entities—state or federal—begin to heighten their efforts to implement and enforce lawful data control and protection measures.

For example, vendors who obtain data via unethical means may not have the financial bandwidth to rise to the level of compliance required. If they do not adhere, monetary fines or other legally-binding punishments would be assessed, contributing to an eventual demise. Not to mention the fallout for clients who have purchased questionable data from these companies.

Going forward, it will be a critical factor for anyone who purchases data to keep these compliance and consent management considerations top of mind. In the meantime, we continue to forge ahead and further solidify our industry leadership, knowing we’re already ahead of whatever is to come. 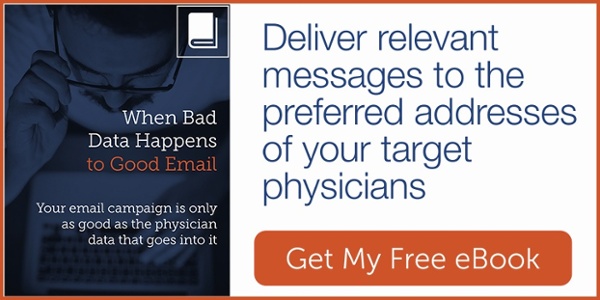