At the end of 2003, the U.S. had about 43,000 certified physician assistants (PAs). Over time, that number has grown by 119 percent, to nearly 100,000 PAs nationwide. Nurse practitioners (NPs) are even more abundant with more than 205,000 licensed NPs in the U.S., with an expected growth of 34 percent by 2022. If you're not marketing to these mid-tier prescribers, you're neglecting an entire audience. To target mid-tier prescribers most effectively, determine which top-tier prescribers they work alongside. Having this knowledge gives you the power to create an overall campaign that targets entire practices as a whole, rather than just individuals.

Capitalizing on the Proliferation of Second-Tier Prescribers

Physicians and group practices face increasingly heavy patient loads and high overhead costs. To better serve patients in this difficult climate, more and more practices have begun hiring PAs and NPs as more affordable alternatives to hiring another doctor. DMD's SuperfileSM provides every prescriber who works in a practice, not just the top-tier prescribers. Extending your message to the entire practice reaches more of your target audience and expands the value of your campaign.

NPs and PAs Have More Prescribing Power Today than Ever Before 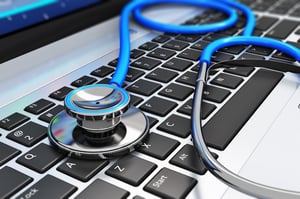 The scope of practice for NPs and PAs continue to broaden. In fact, in 21 states, NPs maintain full practice status, which means they can diagnose, prescribe, and treat patients without any physician oversight, as well as establish their own practices.

Under the Affordable Care Act, NPs and PAs have become an integral part of group practices, as many policyholders don't have their choice of which providers they see. If you've ever tried to seek last-minute healthcare, you know that the healthcare professionals (HCPs) who are most often available are NPs and PAs. Since NPs and PAs tend to have more patient interaction than physicians, it’s important to keep them educated on new products and product updates.

Leveraging the Influence Second-Tier Prescribers Have with Physicians and Patients

The most professionally influential people in an HCP's career are the people who work in the same office. Think about which strategy is more effective: targeting two physicians in a group practice or targeting the two physicians, three PAs, and two NPs who make up the practice as a whole.

By targeting top- and second-tier prescribers, you have the opportunity to drive a conversation in the office because everyone received the same information. Leverage the influence HCPs within a practice have on one another to move the needle on all of their prescribing as a group. With the increasingly prominent role NPs and PAs play in the modern healthcare delivery system, neglecting them in your marketing efforts means passing up a huge opportunity. Include second-tier prescribers in your marketing message to increase the influence you have on the entire practice as a whole.