by Roger Korman, President on Jan 18, 2016
A recent article in eMarketer supports the claim that the general population is opening a majority of their emails on a mobile device. Thus, click-to-open rates on mobile devices are catching up with their desktop counterparts. More than ever, it is imperative for email to be optimized for mobile so that messages are clear, concise, and easily read. Healthcare marketers can learn how to leverage the email channel and increase HCP engagement in our blog from October 2015, Expanded Mobile Usage Calls For Responsive Design in Email. 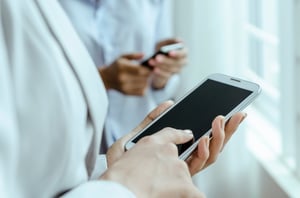 Separate research from Experian Marketing Services is in line with the Yesmail study. According to the Q2 2015 data, 48% of all emails sent by Experian clients were opened on desktop devices and 40% of emails were opened on mobile phones and ereaders. Some 12% were opened on tablets.

For the original article published on eMarketer, click here.