Are Your Emails Getting Buried? List Quality Is An Inbox Game Changer 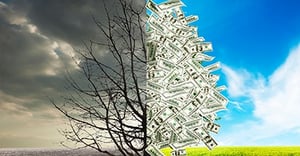 Email overload isn’t just a modern-day phenomenon, it’s also a big headache. More than 269 billion emails are sent every day (that’s 149,513 every minute). The average employee spends more than 13 hours per week poring over her inbox. For some, exhaustion from tackling all that virtual correspondence sets in even before getting out of bed in the morning.

A number of solutions exist to deal with the digital pile-up, but addressing the issue systematically doesn’t necessarily solve the problem. There will still be as many messages clamoring for the end user’s attention, no matter how they’re structured.

From the health system marketer’s point of view, examining the impression your email messages are making on intended recipients can be an inbox game changer—not to mention the significant impact it has on ROI.

Consider this scenario: Your hospital is about to unveil its new pediatric rehabilitation center. The strategy is to invite physicians from surrounding practices and hospitals to attend an open house prior to the wing’s launch, with the goal of spotlighting new equipment and technologies.

Examining the impression your email messages are making on intended recipients can be an inbox game changer.

You send the announcement to every physician on your email list; a list you recently purchased for pennies on the dollar from a new-to-you email vendor. This batch and blast, spray and pray tactic plays an unreliable numbers game. The more emails you put out there, the greater the likelihood they’ll land in some sort of inbox. Right?

Result 1: About one-fourth of the emails you deployed went to physicians who have a vested interest in the new facility, but the vague subject line (“Come See Our New Facility”) didn’t elicit many opens. The email message itself was simply a PDF dropped into a standard template, which rendered poorly on mobile devices. Some of the email addresses were bad apples and bounced back, putting a few dings in your email sender reputation. Recipients who don’t have a role in pediatric rehab referrals—that other 75 percent—deleted the email without even opening it, also damaging the credibility of your sending domain.

This batch and blast, spray and pray tactic plays an unreliable numbers game.

You didn’t buy a physician email list on the cheap but instead invested in a first-party sourced database that contains only opted-in and authenticated email addresses—as well as physicians’ preferred addresses. The list also encompasses individual, physician-level information, such as practice location, specialty, case mix, and referral patterns. With such detailed data, you were able to segment the list and design specific messaging to referring pediatricians, pediatric occupational therapists and physical therapists, pediatric orthopedic surgeons, and so on.

Subject lines were customized to each target group appropriately, (e.g. “10 AlterG Treadmills Now in Motion” or “State-of-the-Art Lokomat: Changing Pediatric Rehab”). Email messaging spoke uniquely to current referring docs (“thank you for being an integral part of our health system family”) and those not yet referring (“we hope you check out all our new offerings”). And, you made sure to render test your template across multiple devices and email platforms to avoid an unsavory user experience.

Some of the email addresses were bad apples, dinging up your email sender reputation.

Result 2: Your email campaign yielded 99.5 percent deliverability. Your open and click-through rates increased, because end users found relevance and meaning in the messaging—and because CTAs were clear and easy to act upon. Recipients were so impressed, many pre-registered for the event.

Plan 2 is without a doubt the more desirable option—start to finish. While testing and adhering to proper deployment practices are always important, the real guarantee of a favorable campaign outcome starts with the quality of your physician email list. Without that as your foundation, you’ll continue to falter in both planning and execution. 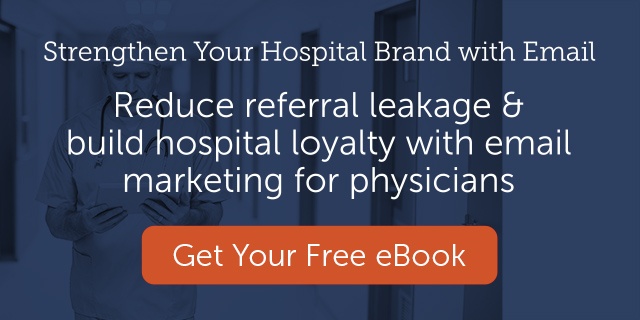